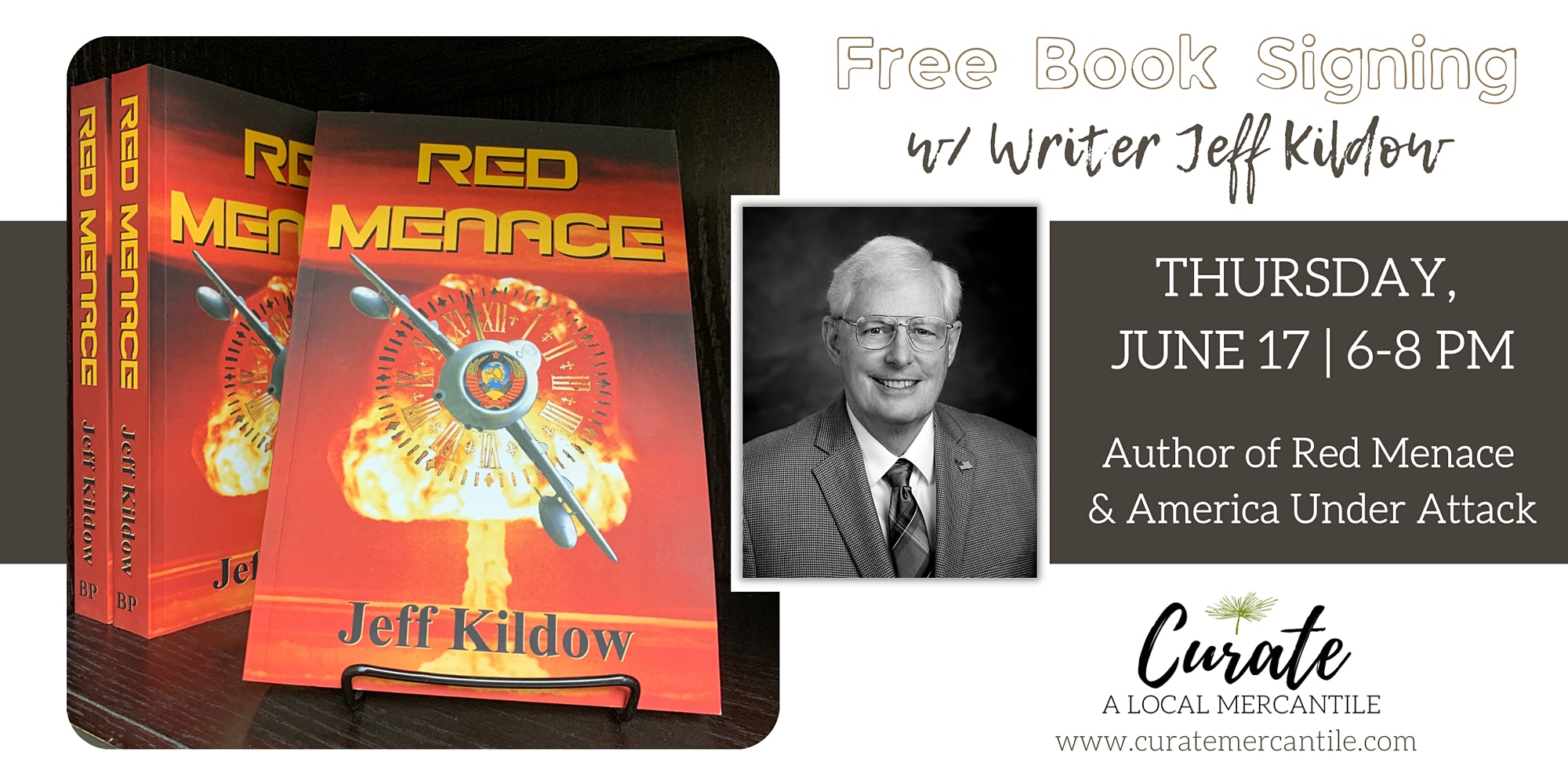 Join Us For a Free Book Signing w/ Author Jeff Kildow during the Retail Therapy Night at Curate Mercantile in Centennial, Colorado. 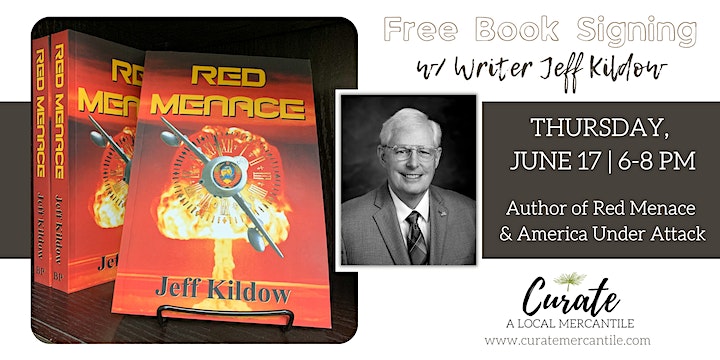 Meet up with author Jeff Kildow as he signs copies of his books Red Menace and America Under Attack on Thursday, June 17th from 6-8 pm at Curate Mercantile (near County Line + University in Centennial, Colorado). Kildow is an Air Force veteran and the son of a World War II veteran. He has had a lifelong interest in World War II, amassing a large library on the subject, which inspired his writing career after he retired as an aerospace engineer. Kildow also loves vintage warbirds, old cars and enjoys sharing his books with others through local events. His two books are available for sale in Curate Next Door’s book nook area and would make for a great Father’s Day gift!

Our book signing with Author Jeff Kildow will be part of our June ‘Retail Therapy’ night going on during the same time. Centennial’s Water2Wine will be on-site to offer complimentary wine for shoppers aged 21+. We’re also teaming up in June with Champagne & Charcuterie as they’ll be selling their popular charcuterie cones and other savory treats. We’ll have plenty of Father’s Day gift ideas on display for you to explore as well from over 100 local vendors.

RSVP to receive a reminder e-mail about this event. We look forward to seeing you! 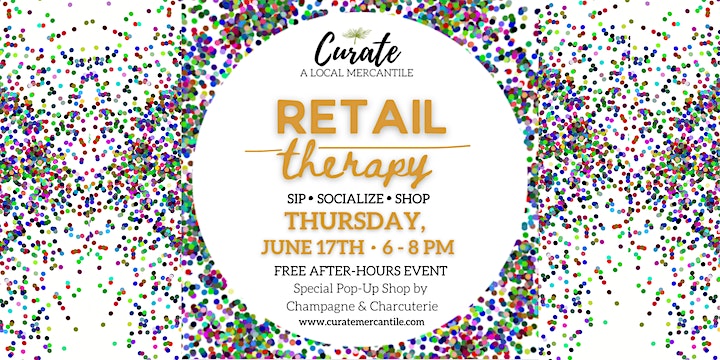 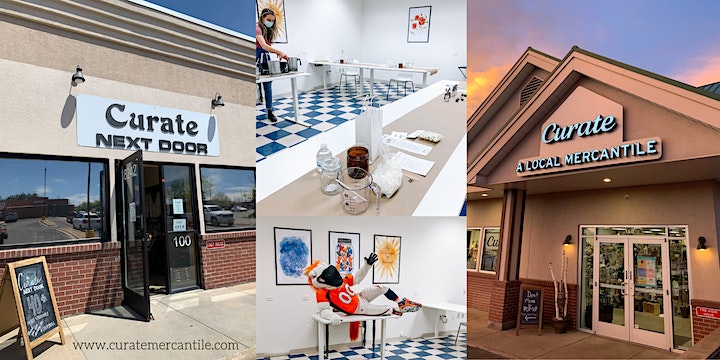